Waltair Veerayya: Not DSP but this singer croons the second single
Published on Dec 15, 2022 8:00 am IST 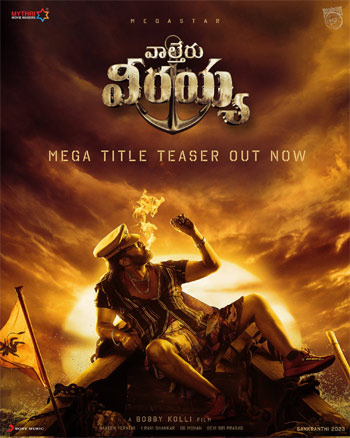 Yesterday, the mega actor leaked a voice glimpse of the second single from Waltair Veerayya. The clip has the music director Devi Sri Prasad’s voice. Many fans thought that it was sung by DSP but the news is Adnan Sami crooned the single and audiences will hear his voice in the final track. We need to wait for a while to know the truth.

Mass Maharaja Ravi Teja played a key role in this biggie. Mythri Movie Makers bankrolled this mega flick, which has noted actors in supporting roles. Keep watching this space to get more info on the film.