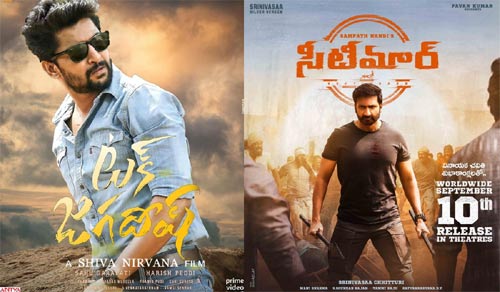 Telugu films are releasing back to back once again post the second wave. The time has now come for the biggies to be out. This weekend is probably the biggest week in a long time where multiple releases and that too biggies are getting released.

The much-hyped Tuck Jagadish will be out on Amazon on the 10th and Gopichand’s Seetimaarr will also be out on the big screen on the same day.

If this was not enough, Kangana’s Thalaivi will also be out on Friday. This is quite an exciting phase and if these films do well, the producers will also get the confidence to release more big films in the days to come.