We gave utmost importance to Most Eligible Bachelor’s script: Akhil
Published on Oct 18, 2021 12:00 am IST 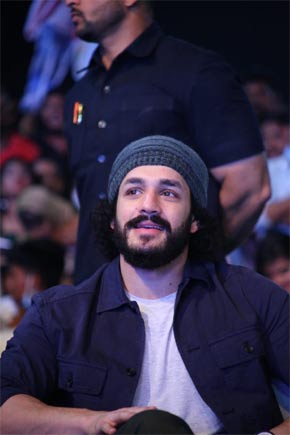 Akhil Akkineni and Pooja Hegde’s Most Eligible Bachelor released on Dasara and received a good response from fans. According to its makers, the film has grossed over Rs 18 crore in just 2 days. MEB’s team landed in Vizag on Sunday evening to celebrate the success with fans.

Speaking at the success event, Akhil said that the entire worked as one while making Most Eligible Bachelor. “We forgot that we were actors, director and producers and gave utmost importance to the script. I thank all the fans for giving us such a memorable success to cherish. I feel connected to Vizag Akkineni fans as my family,” said Akhil.