What’s the point of being called Power Star without power?: Pawan Kalyan
Published on Sep 26, 2021 9:08 am IST 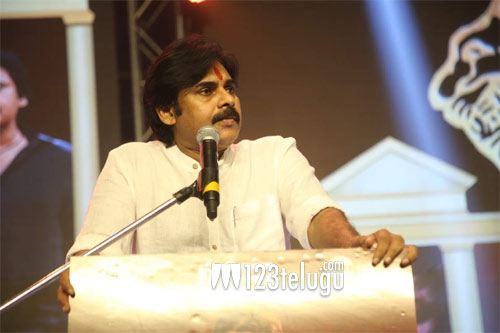 For over 2 decades, Power Star has been a prefix to Pawan Kalyan. All the events graced by Pawan Kalyan echo with “Power Star….Power Star” slogans raised by his enthusiastic fans. And ever since Pawan Kalyan stepped into politics, “CM…CM” has been a common sound one keeps hearing in Pawan’s film and political events.

Even during Pawan’s speech at Republic’s pre-release event last night, fans often shouted “Power Star” and “CM…CM”. And Pawan chose to react with a striking statement. “Whenever you all shout “Power Star”, I always get a feeling that what’s the point of being called Power Star without power (refering to his shocking defeat in 2019 general elections). I am not here to be called “CM” by you,” Pawan told his fans.

Well, while Pawan has made his stand clear, it remains to be seen whether or not his fans will oblige his request at future events. On the other hand, there has also been a talk that Pawan had instructed all his film teams to not put the “Power Star” prefix to his name in the credits.