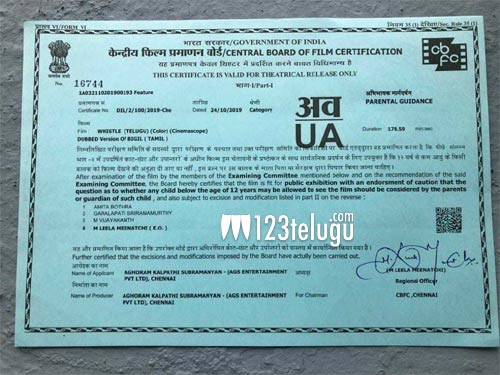 Whistle is a film that many are waiting for eagerly as it has superstar Vijay in a lead role and the film is being directed by Atlee.

The news now is that the film has completed its censor with a U/A certificate and is ready for a grand release tomorrow.

The film is releasing in a solid 700 screens in just the two states alone which is huge for a star like Vijay in Telugu.

Mahesh S Koneru is bringing the film to Telugu. A R Rahman scores the music.