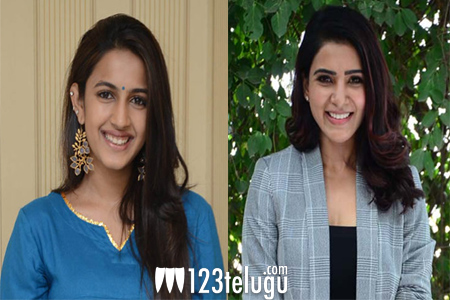 Stree, the superhit Bollywood horror-comedy, was made with a budget of 15 crore and went on to collect over 107 crores at the box-office. The film has Rajkummar Rao and Shraddha Kapoor as the main leads. Telugu director duo Raj and DK have produced the movie, which has been directed by Amar Kaushik.

It’s been reported already that Stree will be remade in Telugu. The Telugu version will have a Tirupati backdrop. Meanwhile, speculations are rife that star heroine Samantha and young Mega actress Niharika are in consideration for the leading ladies role in the Telugu version. The suspense will be revealed in a couple of weeks. Stay tuned for further updates.