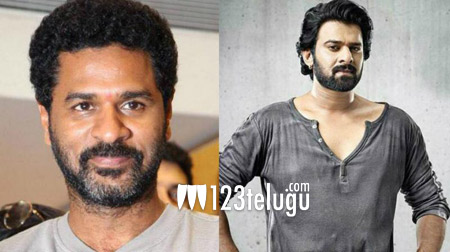 After the historic success of Baahubali 2, Rebel Star Prabhas is currently busy with the high budget multilingual film, Saaho. Even as Saaho is in the initial stages of its production, speculations about around Prabhas’ next film have begun already.

According to the latest report published in a leading English news daily, hotshot choreographer turned director Prabhu Deva will be directing Prabhas’ next film. Prabhu Deva reportedly said that he has been planning to work with Prabhas since a long time and that they both will work together after Saaho.

Incidentally, Prabhu Deva had already directed Prabhas in Pournami. The Rebel Star also appeared in a cameo in Prabhu Deva’s Bollywood film, Action Jackson. Let’s wait for their next project to materialize.