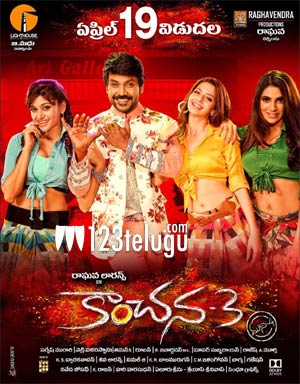 To take the grandeur of the film to the next level, a stupendous amount of Rs 1.3 crore was spent on a single song in choreographer-actor-director Raghava Lawrence’s upcoming film Kanchana 3.

Apparently this particular film was shot for nearly six days with a huge cast and crew to accommodate the magnanimity of it. 1400 junior artistes amongst whom 400 are dressed as Aghori babas are said to be the highlight of the film.

To release on April 19, the film is being released by Tagore Madhu in Telugu.