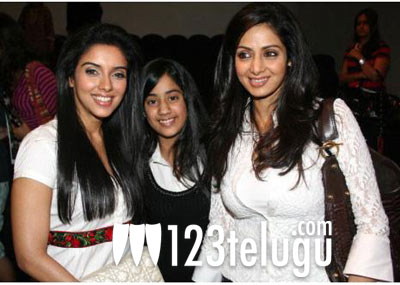 Asin is one among the many talented actresses who tasted success in Bollywood. She has given back to back hits and has a host of releases lined up. Recently Asin was very upset as she missed out on attending the ‘English Vinglish’ premiere. As Asin was personally invited by Boney Kapoor and Sridevi for the premiere, she couldn’t make it due to her leg injury. Both Asin and Sridevi are very close friends and even reside in the same building. Asin was really upset as she couldn’t watch her idol back on screen. She has now promised Sridevi that she would catch it as soon as possible. Sridevi’s comeback film ‘English Vinglish’ released last Friday to huge applause both from the audience and critics.