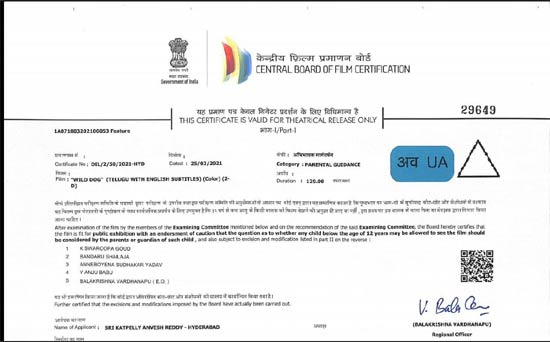 Hero Nagarjuna’s Wild Dog is all set to hit screens in a few hours. The film has passed its censor scrutiny and received a UA certificate. This intense action thriller’s run-time has been locked at 2 hours 9 minutes. This short and crisp run-time should work in the film’s favour this weekend.

Wild Dog was screened for a select few Tollywood celebrities and the film was given a thumbs up by young filmmakers. The film is based on the serial blasts that rocked Hyderabad many years ago. Bollywood actresses Dia Mirza and Saiyami Kher will be seen in lead roles in this Ahishor Solomon’s directorial debut. Niranjan Reddy has produced the movie.