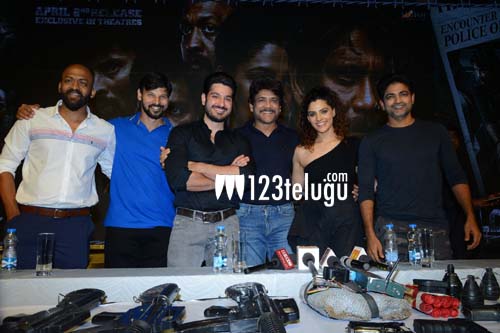 Nagarjuna is doing a film called Wild Dog and we all know that. The film was supposed to release on Netflix but now the makers have changed gears and the film will have a big screen release on the 2nd of April. Solomon directs this film which is an out-and-out action drama.

Nag also thanked the producer Niranjan and requested him to make many more films like these. Sayami Kher, Ali Reza, and several others took part in this press meet which showcased some real-life guns that were used in the film.