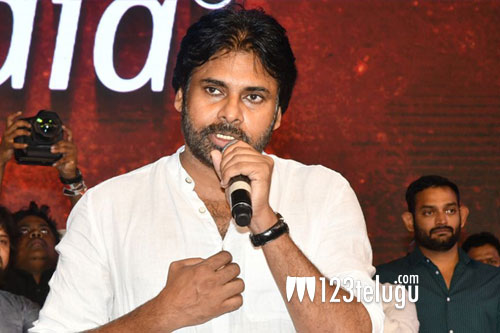 Film star and Janasena President Pawan Kalyan yesterday made the announcement that his party will not contest the upcoming by-election for Tirupati Lok Sabha seat. Pawan said that the decision is in the best interest of Tirupati, as he wanted to fight the atrocities against the Hindu temples in Andhra Pradesh with the help of the ruling BJP.

Needless to say, Pawan’s decision has left his fans and Janasena cadre disappointed. They were hoping to prove Janasena’s might, especially after the party also sacrificed the GHMC contest to the BJP a couple of months ago.

Janasena sympathizers believed that the party’s good show in the Tirupati by-election will strengthen Janasena’s chances in the 2024 general elections. Naturally, they are now left with no other option. So, the question now is whether or not fans and party workers will oblige Pawan Kalyan’s request to support the BJP. 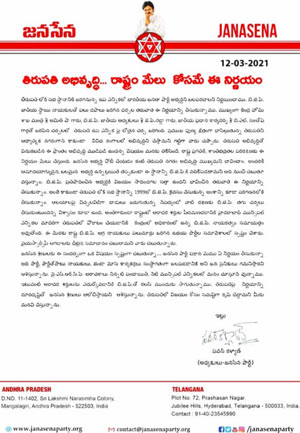