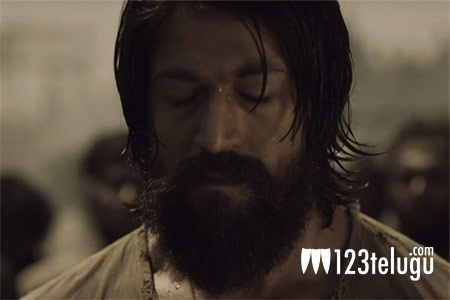 KGF is one film which has created a superb hype for itself in the past few days. The trailer has done the trick and there is a decent craze for the film all over the country.

The promotions in the Telugu belt are also being done on a solid note and with good words about the film from Rajamouli himself, there is a lot of curiosity among the audience as to how the film is going to be.

Yash is playing the lead role and the massy visuals have struck a chord with the audience. Now, the question is will the film live up to all the hype or not.

Sai Korrapati has bought the film for a good price and the movie needs to get a good start at the box office.