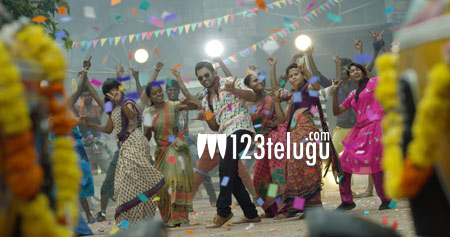 Nara Rohit is one actor, who has at least half a dozen films in the pipeline. The first of them to hit the screens is the action entertainer Tuntari. Directed by Kumara Ngendra, this film is the remake of a Tamil hit Maan Karate and has story by star director Muragadoss.

The film was a runway success in Tamil and the Telugu makers have pinned a lot of hopes on the strong point which is the captivating story line. Latha Hedge is making her debut as the leading lady in this film which has Nara Rohit as a boxer.

Tuntari is slated for a release this Friday and we need to see whether this hard hitting story of a boxer will impress the audience or not.