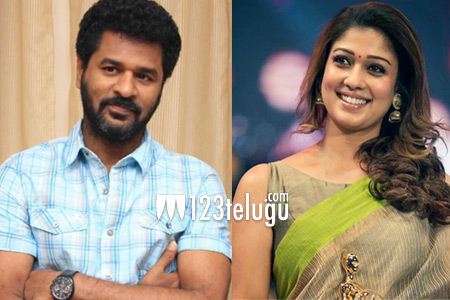 Until a few years ago, star heroine Nayanthara and actor-filmmaker Prabhu Deva were in deep love. However, their relationship ended just when they were about to get married. Nayan later found love in young Tamil filmmaker Vighnesh Shivan and the couple is all set to tie the knot sometime soon.

Now, an interesting buzz has been doing the rounds in Tamil film circles since yesterday. Speculations have been rife that Prabhu Deva and Nayan maybe teaming up with each other for a project later this year.

Prabhu Deva is committed to directing a film with Thala Ajith as the main lead. The latest buzz suggest that Prabhu Deva is considering Nayanthara as the film’s leading lady. We will have to wait for a few more months to see if this speculation will turn out to be true.