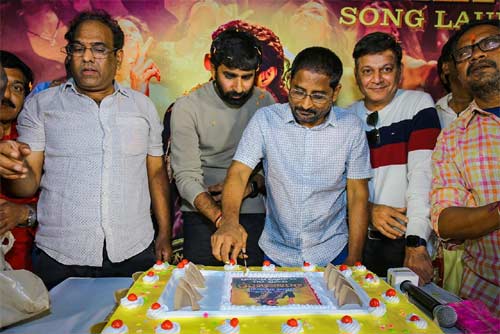 Veera Simha Reddy starring Nandamuri Balakrishna is one of the anticipated biggies that is releasing for the Sankranthi festival. Today the team conducted a grand event in Hyderabad’s Sandhya 35MM theatres to launch the item number Ma Bava Manobhavalu.

This statement from the producer thrilled the fans who can’t wait for the release on January 12, 2023. Thaman is the music composer, while Shruthi Haasan plays the female lead.