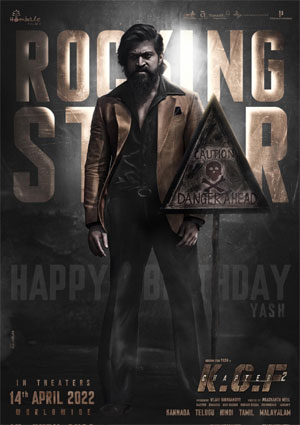 KGF is a film that put Kannada cinema on top of the India map. Yash became this huge star and now, everyone is waiting for the release of part 2.

As Yash is celebrating his birthday today, the makers released a special poster of the star hero and he looks super dashing.

But this new poster has made fans happy. Prashanth Neel directs this film which also has Sanjay Dutt in a villain’s role.