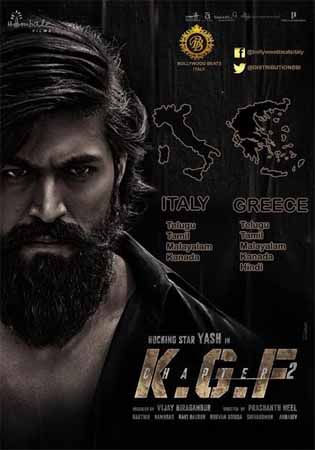 KGF: Chapter 2, the sequel to the 2018 film KGF: Chapter 1, featuring the Rocking Star Yash is all set to release in a grand manner on April 14, 2022, worldwide. Directed by Prashanth Neel, the period action drama has Srinidhi Shetty as the leading lady.

Now, the latest news is that KGF 2 has become the first South Indian movie to release in Greece. The action flick will be released in all the major South Indian languages and Hindi.

Raveena Tandon, Sanjay Dutt, Rao Ramesh, Prakash Raj and others will be seen in significant roles in this movie, bankrolled by Hombale Films. Ravi Basrur is the music director of the movie.