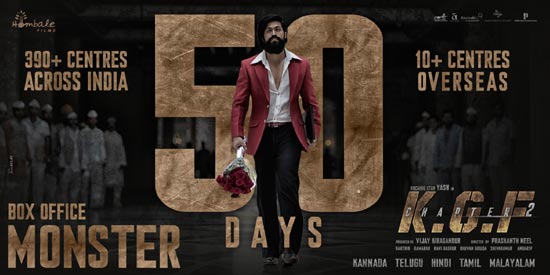 Even after its digital debut, the movie has been successfully completed 50 days in over 390 centers in India and more than 10 centers overseas. To say, the movie has smashed many existing records and grossed more than Rs. 1000 crores worldwide.