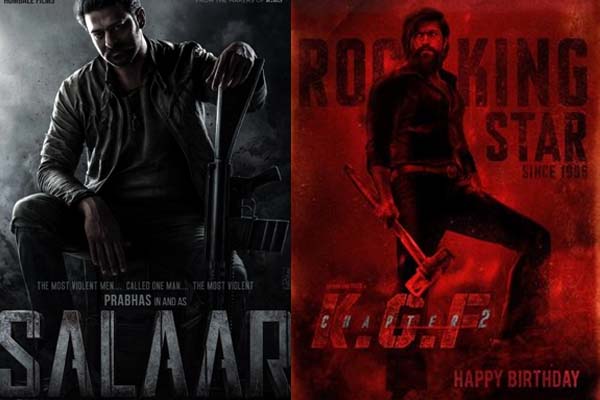 Even though his dates for the next couple of years are jam-packed with Radhe Shyam, Adipurush and a sci-fi thriller co-starring Deepika Padukone, Prabhas adjusted his dates and signed Prashanth Neel’s Salaar. He has even begun shooting for this intense gangster drama.

Apparently, it was Sandalwood star Yash’s most eagerly awaited pan-India gangster drama, KGF Chapter 2, the reason behind Prabhas giving nod to Salaar. KGF 2 has been making all the right noises for the last few months and the film is also registering record deals.

So, it’s the massive impact created by KGF 2 that is said to have made Prabhas give his preference to Salaar, pushing his existing projects to later dates. Yash and Prabhas share a good camaraderie in real life and the Kannada star even graced Salaar’s launch a couple of months ago.