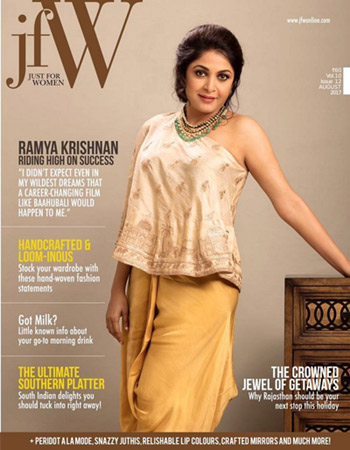 Ramya Krishna was one of the hottest and beautiful actresses of her time and had a massive fan following. Even to date, she looks ravishing and is rocking the film world with some stunning roles.

But for a magazine shoot, Ramya has gone a step ahead and did a glamorous photo shoot. Seen here in the above picture is Ramya looking gorgeous as ever. The talented actress is in her second innings and is doing some very crucial roles in big banner films.

Well, this snap can give any current actress a run for her money.