Yet another Bollywood villain to fight Balakrishna
Published on Nov 6, 2015 10:00 am IST 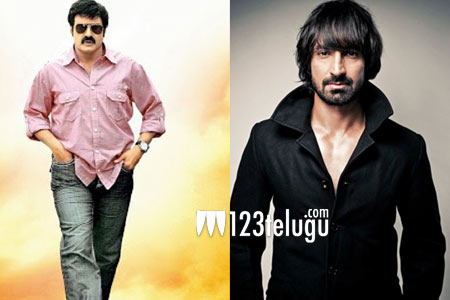 The shooting of Nandamuri Balakrishna’s prestigious 99th film, Dictator, has been going on at a jet speed ever since the makers announced that the film will release as a Sankranthi treat for fans. Dictator has Anjali and Sonal Chauhan playing the female leads and director Sriwass is helming the project, apart from producing it along with Eros International.

Nawab Shah earlier acted in big budget Bollywood films like SRK’s Don 2 and Salman Khan’s Jaan-E-Mann. Apparently, Nawab will have several crucial scenes with Balayya and this film could well be his grand entry to Telugu Cinema.