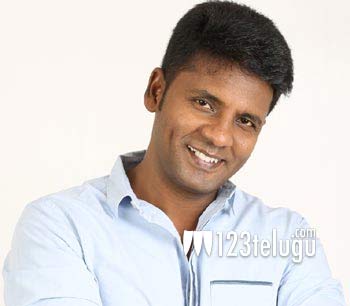 It looks like this is turning out to be the season of comedians turning heroes. After the likes of Sapthagiri, Shakalaka Shankar, Srinivasareddy and Prudhvi, yet another comedian is all set to make his debut as a hero.

It’s Satyam Rajesh’s turn to become a hero. The popular comedian is playing the male lead in Nanditha Raj’s ongoing thriller, Viswamitra. The film is based on a real incident that took place in the US.

Rajkiran, who had earlier made Geethanjali and Tripura, is directing Viswamitra. Madhavi Addanki and Rajinikanth are jointly bankrolling the movie. The film’s title logo was unveiled today.