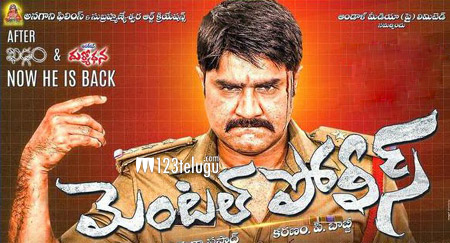 Senior hero Srikanth’s recently released cop drama, Mental, has been mired in a series of controversies since many months thanks to its allegedly offensive title to which the Police Officer’s Welfare Association raised objections.

In a latest controversy, a person named Karanam P Babji has alleged that the film’s makers have cheated him by removing his name as the director in the film’s titles and replacing it with someone named SK Basheed.

Babji said that his name was prominently featured as the director in the film’s posters and trailer and that he even spent 5.17 lakhs from his own pocket for the film. Babji said that he will commit suicide in front of Film Chamber if he doesn’t get justice.