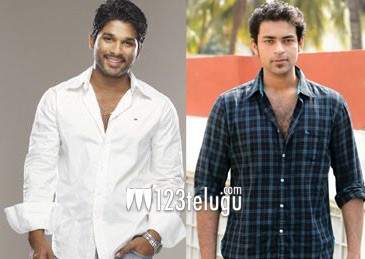 Varun Tej’s upcoming film Kanche is gearing up for its massive audio launch this week and Mega Power Star Ram Charan will attend the event. Now, latest update reveals that the makers have requested Allu Arjun to attend this event and Bunny has apparently given his nod. However, an official conformation is yet to be received on this news.

Directed by Krish, the film has Pragya Jaiswal as the heroine. First Frame Entertainment banner is the production unit behind this project and Chirantan Bhatt is the music composer for the film.