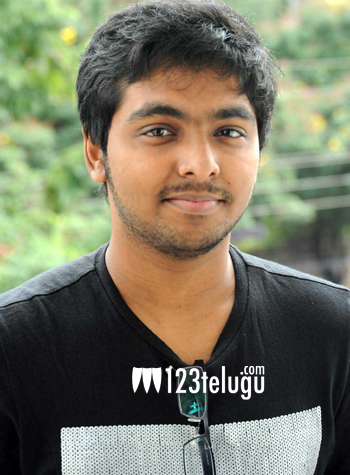 In the past, we have seen several music composers applying grease paint to their faces. Recently, young music composer GV Prakash Kumar turned hero and gave a super hit with ‘Darling’. This week will see Achu Rajamani, yet another young music composer popular for hit albums like Manchu Manoj’s ‘Potugadu’ and ‘Current Theega’ and Sundeep Kishan’s ‘Ra Ra Krishnayya’, making his silver screen debut as an actor.

The talented composer will be seen in Rajasekhar’s ‘Gaddam Gang’.‘Gaddam Gang’ is an official remake of the cult Tamil film ‘Soodhu Kavvum’. In the film, Raja Sekhar acts as a leader of an amateur kidnapping gang and Achu plays one of the gang members.

Directed by Santosh Peter and produced by Jeevitha Rajasekhar, the film is gearing up for a release on 6th February.