Yet another piglet comedy gearing up for release
Published on Mar 1, 2019 5:00 pm IST 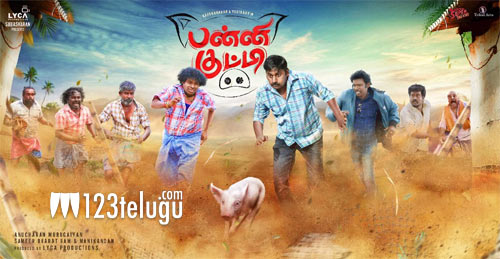 Ravi Babu’s Adhugo was a disastrous flop at the box office. Now, yet another film on the same lines is being made in Tamil. Titled Panni Kutty, this film released its first look posters recently.

The news is also that the film is a remake of Adhugo but nothing has been confirmed as of yet. The film has star comedians Yogi Babu and Karun in crucial roles.

Anu Charan directs this film which is being produced by Lyca Productions.