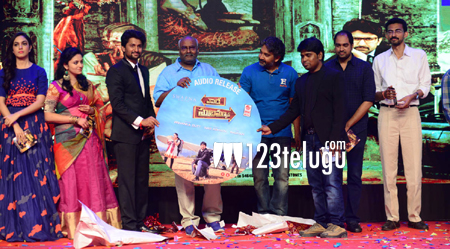 Speaking to the occasion NTR said that , ” Nani is one of best actors of the current generation and I don’t remember how many times I watched Nani’s ‘Pilla Zamindar’ movie” .

M.M Keeravani said that the songs and trailer were very good and predicted that this movie would surely become a big hit.

Hero Nani shared his experience working at the Himalayas and praised the director Nag Ashwin . This movie has been produced by Priyanka Dutt. Radhan has scored the tunes for this flick.