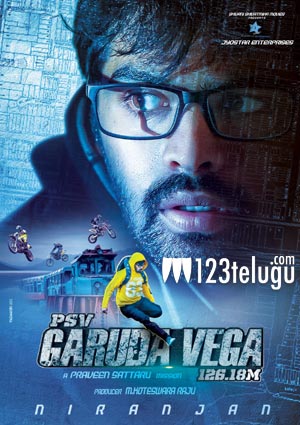 Adith Arun, who has acted in films like Thungabhadra, Katha and L7, has bagged a key role in Praveen Sattaru’s upcoming film PSV Garuda Vega. The actor will be playing the role of a techie named Niranjan and he’ll share screen space with hero Rajasekhar for most part of the film.

Recently, Adith shot for a risky stunt sequence near Chikkadpally area in Hyderabad and it required him to jump from a tall structure onto a truck filled with tomatoes. The actor worked with a stunt director from Bangkok and wrapped up the shoot within a short time.

PSV Garuda Vega also stars Pooja Kumar and Shraddha Das, and it’s said to be the highest budgeted film ever in Rajasekhar’s career. Sunny Leone will appear in a special song in the film.