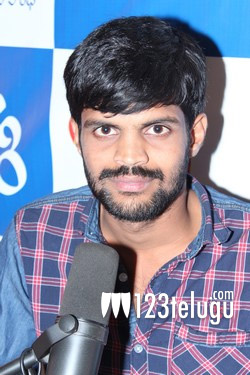 Popular for his hilarious comic acts in the hit TV comedy show, Jabardasth, young comedian Mahesh earned immense accolades for his performance in the latest hit, Rangasthalam. Mahesh’s emotional in a couple of scenes in the film’s second half was much-talked-about.

In a recent media interaction, Mahesh revealed that none other than Megastar Chiranjeevi had appreciated his performance. The excited youngster also said that stars like Ravi Teja, Jagapathi Babu, Prakash Raj, Ravi Raja Pinisetty and Devi Sri Prasad have praised his performance in the Sukumar directorial.