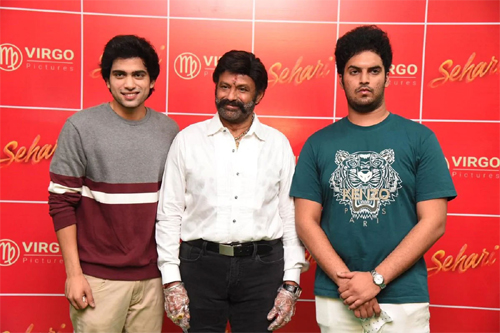 A few days back, Balakrishna attended the promotional campaign of the film Sehari. This event turned viral as Balayya was seen throwing away his phone out of context.

Also, when the poster was being launched, Balayya was seen hitting hero, Harsh’s hand and not letting him hold the poster. These gestures of Balayya throwing away his phone and hitting the young hero went viral and Balayya was trolled on social media for his rash behavior.

But the young hero has now cleared that as he was trying to hold the poster with the left hand, Balayya politely hit and asked him to use his right hand. With this, the young hero has cleared the controversy but it is not yet known why he threw his phone away all of a sudden.