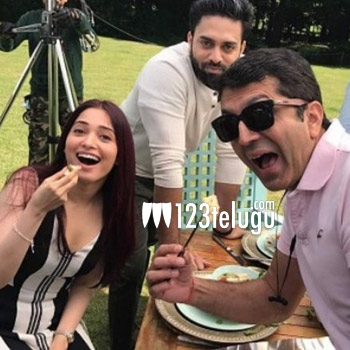 A few days back, it was revealed that Sundeep Kishan and Tamannah will be seen in a film together which will be directed by Hindi director Kunal Kohli. The film is already being shot in London and the latest update reveals that young hero Navdeep has been chosen to play a key role in the film.

This film will be made in both Telugu and Tamil and will be shot on a decent budget. Tamannah is playing the main protagonist in this film and Navdeep’s presence has only increased the hype on this project.

Navdeep himself revealed this news on Twitter. More details of this project will be revealed soon.