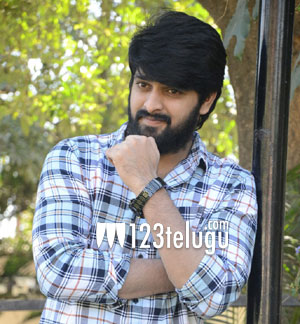 Following the super hit of his maiden home production, Chalo, young hero Naga Shaurya is coming up with his second production under his banner IRA Creations. Titled Narthanasala, the film is an out-and-out entertainer and the shooting is nearing completion.

And here’s an exclusive update. Naga Shaurya is currently in Washington DC, USA and is busy shopping for his costumes for his next film. On the other hand, Naga Shaurya will be releasing the first single from Narthanasala this weekend in DC.