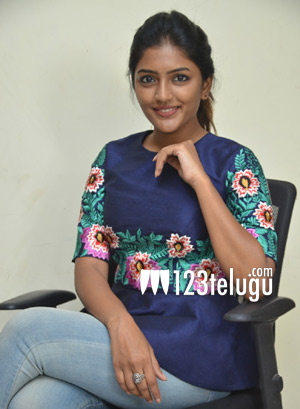 Talented Telugu actress Eesha recently scored a decent hit in the form of Indraganti’s Ami Thumi. The young beauty’s next release is Darshakudu, a romantic drama being presented by Sukumar.

In a latest interview while promoting Darshakudu, Eesha expressed her unhappiness over the lack of support for Telugu actresses in Tollywood and from Telugu media. “If a Bollywood starlet says that she wants to act with Prabhas, it becomes news. But if a Telugu actress makes a similar statement, nobody highlights it,” rued Eesha.

Eesha went on to say that she will prove her mettle if she is offered challenging roles in movies like Fidaa and Pellichoopulu. The young beauty also said that she would love to act under Sukumar’s direction someday.