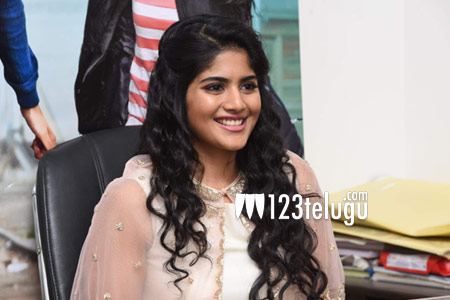 Megha Akash, the Malayali beauty is making her Tollywood debut with Nithin’s new film LIE. The upcoming heroine is pretty happy with the way her film has been promoted all over.

Speaking in an interview, Megha thanked Nithin and 14 Reels for giving her such a huge platform to showcase her talent. She also added that she is quite excited that her film is releasing in such competition and also that there would be a lot of attention towards her.

Even though technically, Gautam Menon’s film is Megha’s first project, LIE is releasing first and this has made her even more happy as she is getting a huge launch in Telugu.