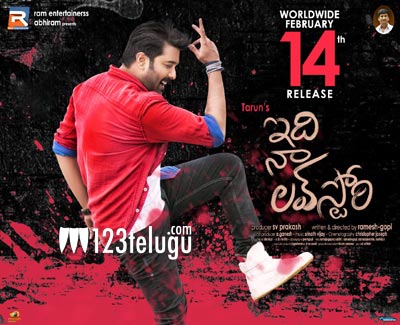 Lover Boy Tarun is eagerly awaiting the release of Idi Naa Love Story. The film is hitting the screens in a few hours, as a Valentine’s Day special. Kollywood sensation Oviya Helen is going to make her Tollywood debut with the film.

The latest update is that hero Manchu Manoj will be seen in a special cameo in Idi Naa Love Story. However, details about Manoj’s role are kept under wraps. Idi Naa Love Story is a feel good romantic entertainer. The film is helmed by Ramesh Gopi. SV Prakash has produced the film under Ram Entertainments Banner, while Abhiram presents it.