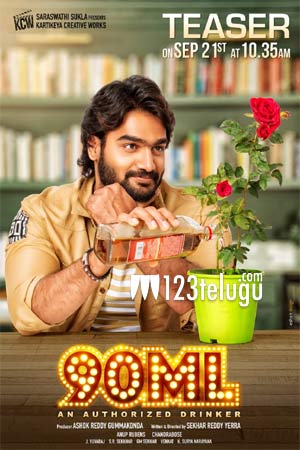 Karthikeya’s youthful entertainer, 90 ML failed to impress the audience. Though Karthikeya’s performance brought him a good name, due to lake of interesting narration the film bombed at the box office.

The film had its first-ever TV premiere on Star MAA last week. Meanwhile, the latest news is that the film registered an impressive of 10.92 Urban TRP ratings.

A flop getting the above TRP is something of which budding heroes like Karthikeya should celebrate for sure.