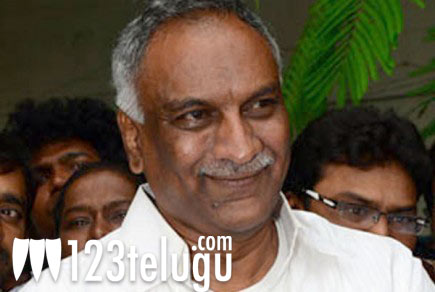 Thammareddy Bharadwaj, the President of AP Film Chamber of Commerce, vented his ire on online piracy. Speaking at a press meet, he said, “These days a lot of people have been pirating new releases and online piracy has become a huge menace.” The press meet was held after the AP Anti-Piracy cell caught an young man who had been pirating Nayak just a day after its release. “We traced him and found that he had been posting the film on 17 different sites. After we caught him, he realized his mistake and surrendered himself without any pressure.

We are letting him go scotfree this time but I must warn such people they their crimes will not go unpunished in future. Youth shouldn’t indulge in piracy. It’s a crime and they shouldn’t spoil their future,” Thammareddy Bharadwaj added. This Sankranthi, two of the most awaited films of the year – Nayak and Seethamma Vaakitlo Sirimalle Chettu have released and going by the response for both these films, it looks like it’s going to be an uphill task for the Anti-Piracy cell from controlling online piracy of these films.