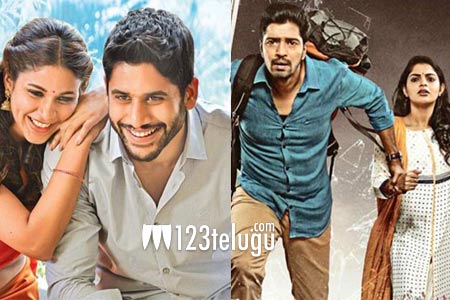 Naga Chaitanya was eagerly waiting to score a hat-trick with his latest action thriller, Yuddham Sharanam. The film released to a lukewarm response on Friday.​ ​As per the latest trade updates from Krishna district, Yuddham Sharanam has collected a share of Rs. 8,64,075 on day Sunday, taking its 3-day total to Rs.27,13,936 in the region.

On the other hand, comedy hero Allari Naresh has pinned high hopes on his latest release, Meda Meeda Abbayi, an official remake of the Malayalam hit, Oru Vadakkan Selfie. MMA hit the screens on Friday to mixed reviews. In Krishna district, MMA has collected Rs.7,48,355 share on Sunday and the film’s 3-day share totals to Rs.17,43,724.