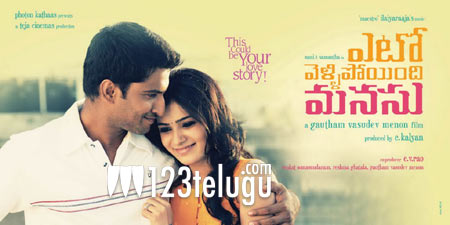 The audio launch of Yeto Vellipoyindhi Manasu has been postponed once again. The event, where Ilayaraja was expected to perform with the Hungarian Orchestra, was supposed to take place on September 2; however, the organisers decided to postpone the event citing logistical reasons. The audio launch of the Tamil version titled Neethane En Ponvasantham took place yesterday night in Chennai and the people who attended the event couldn’t stop raving about the experience of watching Ilayaraja live in concert. Gautham Menon has directed this film and the Telugu version has Nani and Samantha in lead roles. The principal shooting has reached final stages and the entire shooting will be wrapped up later this month. Yeto Vellipoyindhi Manasu is expected to hit the screens in October.