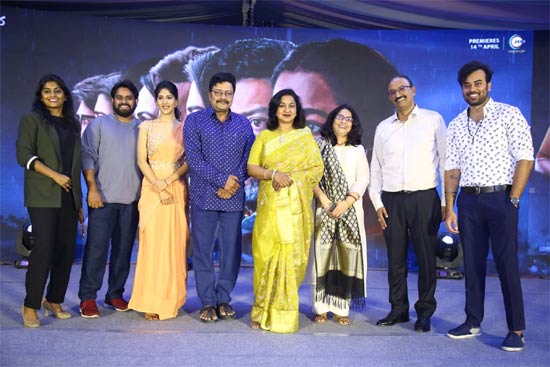 Gaalivaana is the latest upcoming web series on ZEE5 and will start streaming from April 14 onwards. The story takes place between two families living in the Godavari districts and is a thriller.

The pre-release event was held on Friday in Hyderabad and speaking at the event, Radhika Sarath Kumar said that this web series will impress one and all with its thrills which have been executed in a superb manner by director Sharan.