Zombie Reddy registers a good rating in its second telecast
Published on May 27, 2021 11:00 pm IST 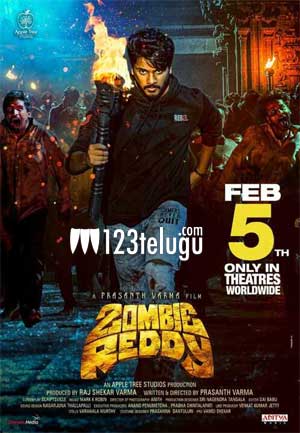 Zombie Reddy is the first zombie film made in Telugu cinema. Made on a low budget, the film managed to do good business and collected decent money at the box office.

The film also made its OTT debut a few weeks back and made a solid TRP of 9.7. Now, it was aired again for the second time and it once again made 8.1 TRP which is quite solid.

This is pretty good and shows that the audience has really loved the film. The sequel to Zombie Reddy is being readied by Prashanth Varma as of now.