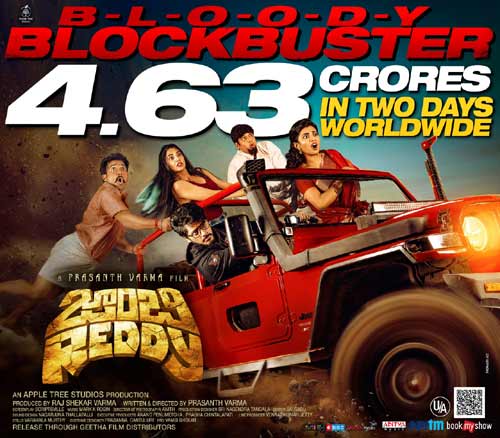 The recently released zombie comedy thriller, Zombie Reddy, received a mixed response from critics, but is having a decent run at the box-office. The film, according to the PR team, has collected a decent total worldwide gross of Rs 4.63 crores in two days.