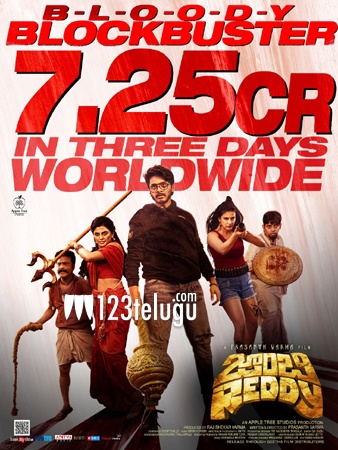 According to Zombie Reddy’s PR team’s latest update, the film collected a total gross of Rs 7.25 crores worldwide in 3 days. The update further reveals that the film’s collections kept increasing with each passing day. This Prasanth Varma directorial has been produced by Raj Sekhar Varma.