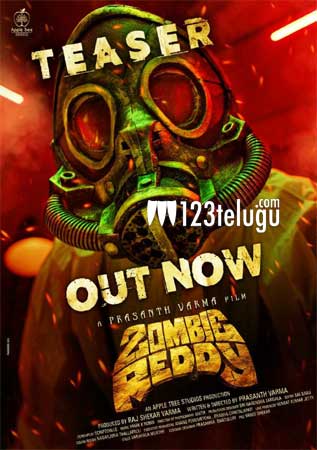 Zombie Reddy is set in the backdrop of Coronavirus and its vaccine. The film’s story is all about the conflict between human intelligence and its adversities. Young actors Teja Sajja, Aanandhi and Daksha Nagarkar will be playing characters with a lot of importance. The intriguing teaser succeeds in raising curiosity about the film.

Zombie Reddy is being produced by Raj Shekar Varma under his production house Apple Tree Studios. The technical work by the film’s cinematographer, music composer and even the art director and make-up and costume designer will stand out in this high concept thriller.