Review : Gargi – An emotional legal drama with a twist 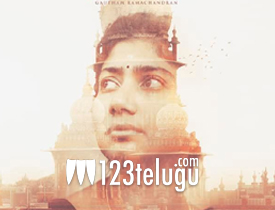 Sai Pallavi is back with another interesting movie, Gargi. The film has hit the screens across the globe. Let’s see how the movie is.

Gargi (Sai Pallavi) is a school teacher, who leads a decent life in Hyderabad. Her father (RS Shivaji), a security guard, is accused of raping a girl child in an apartment he works in. Police arrest him and the helpless Gargi fights for justice and takes the help of an advocate Gireeshan Kappaganthula (Kaali Venkat) with no prior experience. Does she win the case? How does an inexperienced advocate defend the case? Everything will be answered if you watch the main movie.

The story is nothing new to our audiences but it’s the narration which makes Gargi a nice movie. Director Gautham Ramachandran shows his extraordinary narrative skills from the first frame. He runs the show in a good manner.

There is no need to give an introduction about Lady Power Star Sai Pallavi and her amazing acting skills. She performs with ease and essays a decent role of a middle-class woman with so many problems and responsibilities. She lives in the character of Gargi.

Besides, Kaali Venkat appears in a good role. He plays a lawyer who comes forward to help Gargi when everyone turns their back. His scenes are quite good and especially while in the court sessions. He acts well as an inexperienced lawyer who has a strong intention to win the case.

The rest of the cast like RS Shivaji, Jayaprakash and Aishwarya Lekshmi give their best. The child actress who plays the young Gargi makes her mark even though she appears for a very limited time. Dialogues are good, especially in court-related scenes.

As said above, the story is pretty simple and the director reveals it in the very first scenes. Though the film runs well in the first half, the director makes it laggier in the second half. Some scenes give you the feel of repetition. The scenes become a hurdle to the narration thus making audiences feel boring.

Aishwarya Lekshmi plays is a journalist and her character could have been written well. The character has a huge scope to make the story more intense but not. It looks like, Aishwarya plays the extended cameo just because she is one of the producers.

Not only her, but the film has many unnecessary characters who don’t involve in the main story. It’s a good thought by the director to show childhood traumas of Gargi. But, their placement is inappropriate.

Gautham Ramachandran delivers a decent movie that talks about women and the problems they face in the society. He gives a neat explanation about it through Aishwarya in the climax. He succeeds as a director but fails to narrate it in a gripping manner, mainly in the latter half. Cinematography by Sraiyanti and Premkrishna Akkatu is good. Music by Govind Vasantha is extraordinary and it intensifies many scenes in the movie. Editing by Shafique Mohamed Ali is okay but he could have trim many unnecessary scenes. The production values are also good.

On the whole, with a twist, Gargi is an emotional legal drama that talks about sexual abuse. Sai Pallavi steals the show with her outstanding performance. Barring a few scenes in the second half, Gargi is watchable. If you like serious court dramas then you can give it a watch in theaters.