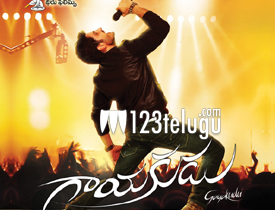 Directed by G Kamal, the Siddhans and Akshara starrer ‘Gayakudu’ hit the screens today. The film launches popular music director Koti’s son, Roshan Saluri, as a music composer. Jammalamadugu Ravindranath produced this film under his ‘Dheeru Films’ banner and Mrs. Lakshmi is the film’s presenter. Let us see how the movie fared.

There is only one Karna in the epic ‘Maha Bharatha’ but many Karnas in our country, Bharat. Siddhans is one among them. Siddhans is orphaned as his mother dumps him at a dustbin soon after his birth. He is adopted by a beggar who sings on the streets to earn his livelihood. Before dying, the beggar teaches him a song. The song makes Siddhans a famous celebrity and he goes on to win the New Indian Idol Competition. Even after achieving fame and money, lack of love since his childhood keeps on haunting him.

In a chance telephonic encounter, Siddhans meets Akshara and falls in love with her. He interacts with her using a proxy name Sidhu. Akshara supports him and showers the love he has been craving for. Siddhans soon realizes that Akshara is a huge fan of his songs and he proposes his love to Akshara as Siddhans, the singer, and gets into a hide seek game with her by not revealing his identity as her phone friend Sidhu. Even Akshara falls head over heels for Siddhans.

Why does Akshara says “I Hate You” to Siddhans? Why does she agree to the marriage fixed by her parents? Will Siddhans sacrifice his singing to save his love? Will Akshara find out that Siddhans and Sidhu are indeed the same person? You will have to watch the film to find out.

Even though this is their debut as the main leads, both Siddhans and Akshara performed really well. Siddhans showed maturity in the singer’s role. He needs to tune his expressions in emotional scenes. Akshara, impresses with topnotch performance in almost every scene. Her experience as a child actress helped her throughout. However, the teen actress still looks quite young.

The film’s music, composed by Roshan Saluri, is a great asset to the film. All his songs are trendy and have been shot well. The director shows his spark in cleverly using the songs in the narrative.

The lead pair and other important cast have performed well in a story that has good emotional depth. But the audience will still feel dissatisfied with the scenes that come and go one after the other, without leaving a strong impact in the audiences minds. The director could not succeed in involving the audience from start to finish.

The comedy track featuring Saptagiri looks forced. His routine histrionics and acting failed to generate any laughs. The love track between the lead pair should have been more entertaining. Especially, the scenes in the second half appear repeated after Akshara says “I Hate You”. These scenes should have been trimmed by at least 15 minutes. The pre-climax and the climax fail to elevate the feel due to lack of emotional depth.

Roshan Saluri’s music is fine. The lyrical values in the songs penned by Chandrabose and Ananth Sriram impress the audience. The cinematographer Kolli Durga Prasad captures the mesmerizing beauty of Vizag in his frames. The production values are topnotch.

The director G Kamal fails in bringing justice to his story. Love stories like these should be handled with extra feel and emotion to make them reach the audiences. The dialogues written by G Kamal fail to invoke the feeling of love.

The lead actors act well and save the film to an extent. The songs composed by Roshan Saluri are modern and help the film sustain the audience interest. Amidst all these positives, the director fails to instill the feeling of love among the audience with this musical love story. The audiences will end up dissatisfied with this half baked love saga.