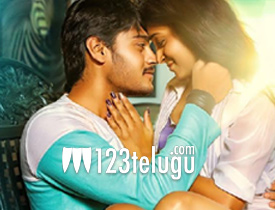 Continuing the trend of the small budget films, yet another youthful entertainer called Iddari Madhya 18 with newcomers Ram Karthik and Bhanu Tripatri has hit the screens today. Let’s see how it is

Mahi(Ram Karthik) and Hima(Bhanu Tripatri) meet each other at an industrial tour in Araku valley. Gradually, they get close to each other and take up the same project called Mission 18 which deals with a national security issue. Will they complete their project successfully? What is so special about this mission 18? and what problems they face during this time forms the rest of the story.

Director Nani Acharyaa tried to give a social message and his concern towards the nation should be appreciated. Looks wise, hero Ram Karthik is okay. Heroine Bhanu Tripatri impresses with her girl-next-door looks and gives a decent performance.

Dubbing done for the heroine is good and suits her character well. News anchor Bithiri Sathi impresses in parts with his acting and typical Telangana slang. The first song of the film has been picturised well as the Araku locations look beautiful.

The screenplay is one of the major drawbacks of the film as it runs on a dull note without a single engaging scene. Most of the scenes in the film were left abruptly without giving a proper ending.

There are many logicless scenes in the film like hero and heroine’s bags getting exchanged which the hero never notices it looks over the top. Dialogues wise, the director tried some new format by frequently using words like equation and emotion which irritate you after a point of time.

As said earlier, the theme of the film is good but the director totally failed in executing it with an interesting background and gripping screenplay. Cinematography by G.L.Babu is decent as he captured natural Araku locations well. Editing by Marthand k Venkatesh is not up to the mark. Music by noted music director Gantadi Krishna is okay. Two out of four songs in the film are good to listen. Production values are okay considering the film’s budget.

On the whole, Iddari Madhya 18 has a good social message but director Nani Acharyaa totally disappoints with his dull screenplay and abrupt scenes. All those who expect some hilarious comedy from Bithiri Sathi will be disappointed to an extent. Logicless scenes and a outdated narration makes this film a boring watch this weekend.