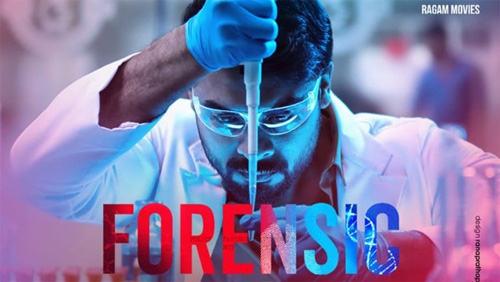 So, continuing the series of reviewing movies and shows during the lockdown period, our today’s pick is the Malayalam thriller Forensic. The film is available on Netflix and let’s see how it is.

The film is about small girls being kidnapped and killed in a mysterious manner. Rithika Xavier IPS (Mamta Mohandas) is assigned the case. Joining her team is Samuel John Kaattoorkkaran (Tovino Thomas) ), a forensic expert and Shikha (Reba Monica John). But both Rithika and Samuel are not comfortable with each other as they have a troubled past. With each passing day, the case keeps getting intense with a link related to what happened ten years back. How will the two officers solve the case is the whole story of the film.

Tovino Thomas is good as the suspicious cop. His performance in key investigation scenes is pretty good. Mamta Mohan Dad gets a key role and she is top-notch. The glitches between her and Tovino and how Mamta reacts to all this in the case have been shown well. The interval bang is quite decent and lifts the film quite well.

Saiju Kurup and Renji Panicker are solid as always, lending support and adding to the guessing game. Jakes Bejoy’s music adds depth to all the tense moments, while Akhil George’s camera work is sleek. The way the guessing game of who the killer is started looks good.

Director duo Akhil Paul and Anas Khan in their debut showcase a crime investigation by embracing nuances of forensic methods. But they do not score well in the narration. The start the film well and also bring the suspense elements and twist well in the break time. But from there routine moments happen in the film as subplots start taking center stage and just to mislead the audience, new characters are introduced. The ending is also a bit predictable in the film and the depth in the writing and the so-called thrills go down in the second half.

Overall, Forensic is an investigative thriller that has a decent first half but things get bogged down in the second and crucial part. Mamta Mohan Das carries the film well for the most part but the been there done that kind of a feel in the last half hour spoils the mood of the audience. If you are the ones who are loving the Malayalam cinema these days, give the film a shot and the rest can take it easy.
Rating: 2.5