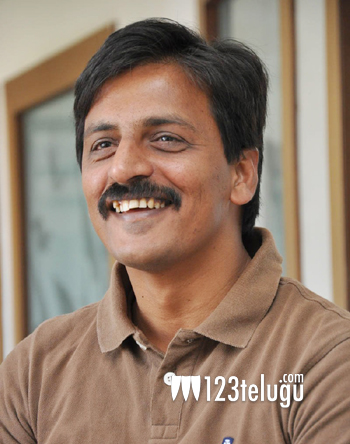 Director Kranthi Madhav, became quite popular after his debut film ‘Onamalu’. His second venture, Malli Malli Idhi Rani Roju has been receiving a positive response from the audience. On the eve of the film’s success, we caught up with him for a brief chit chat. Let’s see what he has to say.

Q) How are you enjoying your film’s success ?

I am very glad with the film’s success, and will work more harder to make interesting films in the future as well.

Q) Tell us about Sharwanand and Nithya Menon’s performance ?

The whole credit must goes to Sharwanand and Nithya Menon. They did 100% justice to their roles and are the major reasons for the film’s success.

Q) Did you take anybody’s help during the scripting stages ?

No ! It’s completely my story and all the characters in the film are my own creativity.

Q) Tell us about Sai Madhav, Jnana Sekhar and Gopi Sundar’s efforts for the film ?

Sai Madhav has done a wonderful job with the dialogues. Gnana Sekhar has travelled with me from a long time and has showcased the film in a superb light. Gopi Sundar is a wonderful musician and has scored superb music for my film.

Q) How helpful was K.S Rama Rao as a producer ?

My special thanks to K.S Rama Rao Garu for his wonderful support. He has given me full freedom, and I am very glad that I have fulfilled the faith he had shown in me.

I am yet to take a call on my next film.